Yomi Fabiyi has released a message he claims he received from Iyabo Ojo to show the world that she allegedly apologized to him privately on WhatsApp.

The actor, who has been steadfast in defending Baba Ijesha since he was detained for alleged child molestation, also threatened Iyabo Ojo.

This comes after Iyabo filed a lawsuit against him, seeking 100 million Naira in damages for a post he made, claiming that she promised to kill Baba Ijesha if he’s released on bail.

To show that he’s unfazed by the suit, he shared a screenshot of Iyabo’s putported WhatsApp message apologizing for exposing him to cyberbullying.

He said that’s he has evidence that she admitted to cyberbullying him.

He added that he’s making a great effort to restrain himself from hitting Iyabo. He also said that if he catches her, she will “see craze.” 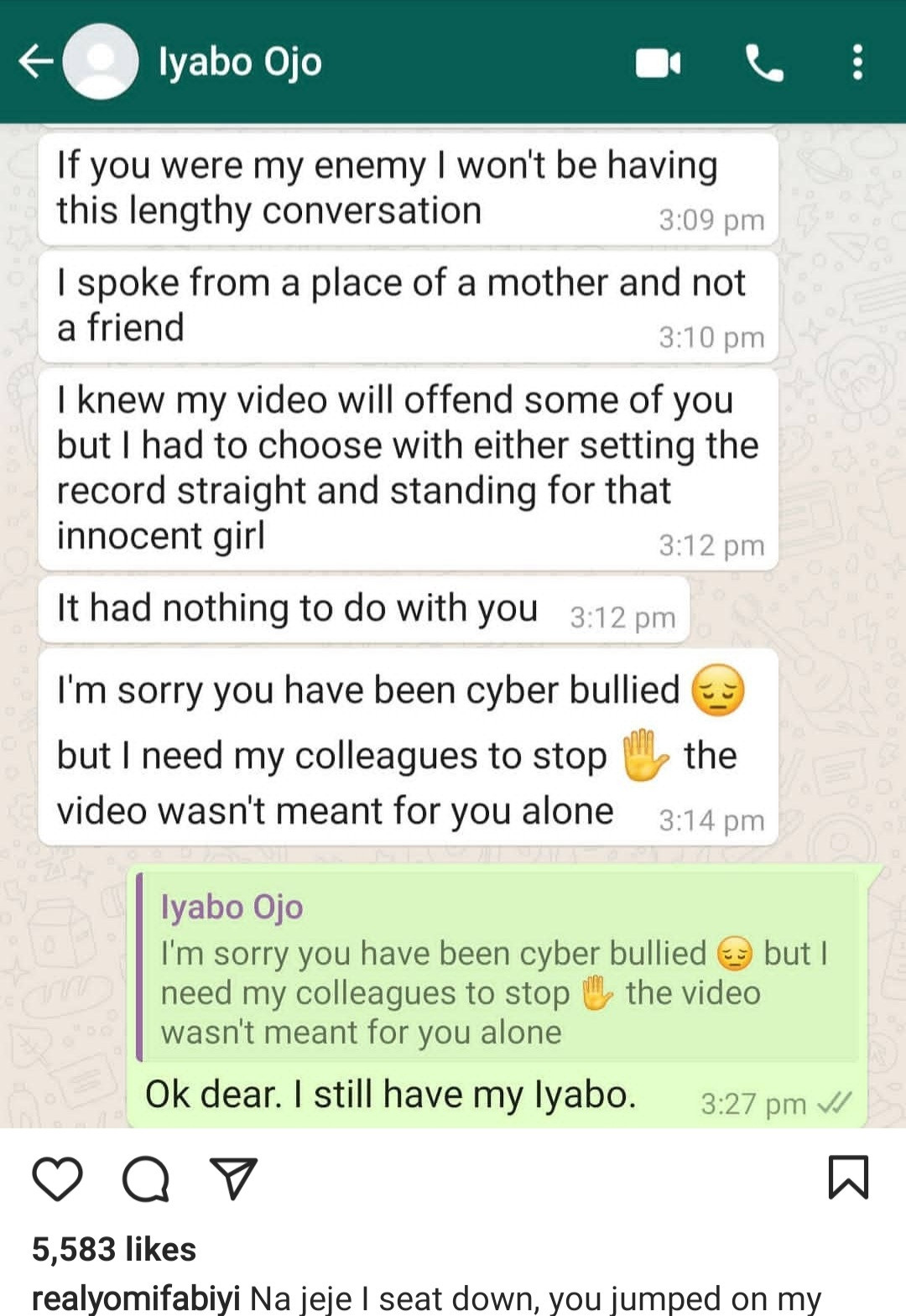 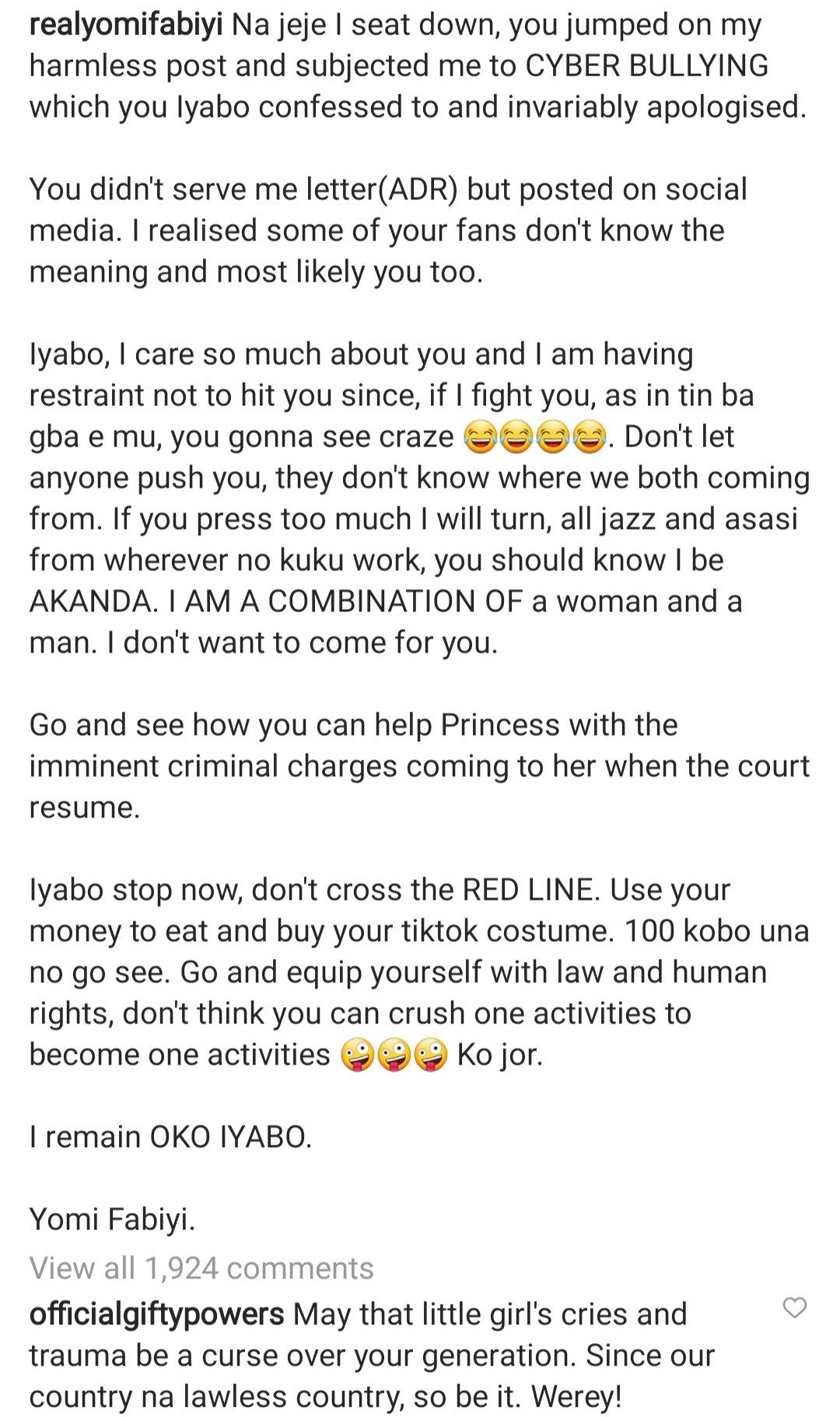