A neuroscientist’s tweet that she’s fast losing her battle with cancer has touched hearts and gone viral on Twitter.

Dr Nadia Chaudhri revealed on May 9 that she’s back to the ER and in a great deal of pain. 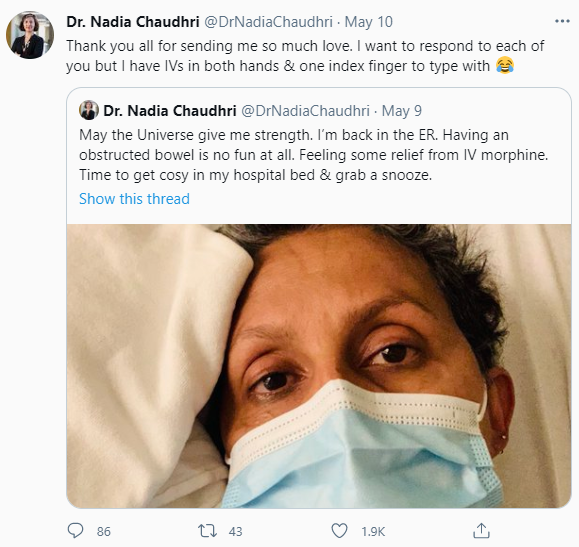 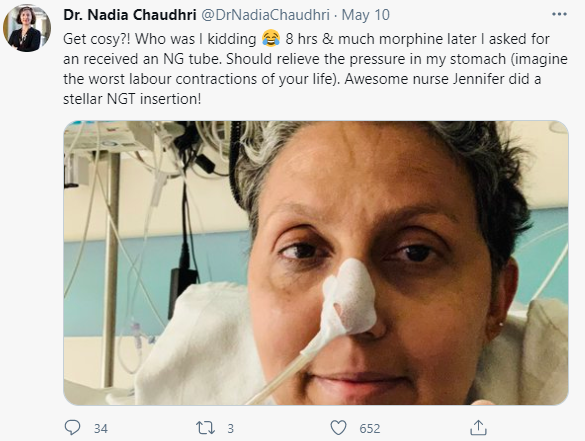 On Tuesday, May 11, she took to Twitter to reveal she has to prepare her young son for the worst.

Sharing a photo of her and her son, she wrote: “Today Is the day I tell my son that I’m dying from cancer. It’s reached a point where he has to hear it from me. Let all my tears flow now so that I can be brave this afternoon. Let me howl with grief now so that I can comfort him.” 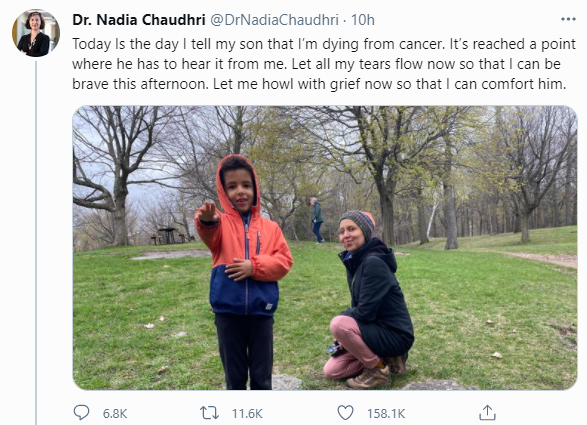 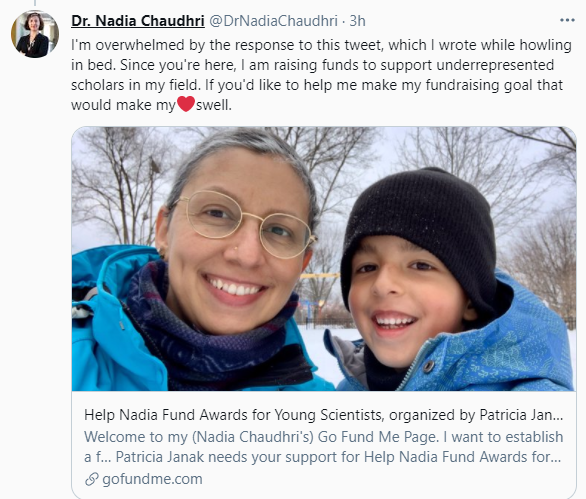