Big Brother Naija star and actress, Erica has advised her fans and followers on the kind of friends they should stay away from.

According to the reality star, for ones progress its important to stay away from friends who become moody when their counterparts are celebrating success.

Erica noted that such friends exhibit strange behaviors like giving an excuse like a headache or passing compliments in an insulting manner.

In reaction to a post that read, “Stay away from friends who become moody when you start doing well in life”, Erica wrote, “Lol and they give you excuses like headache, when you ask, or they start complimenting you in an insulting way”. 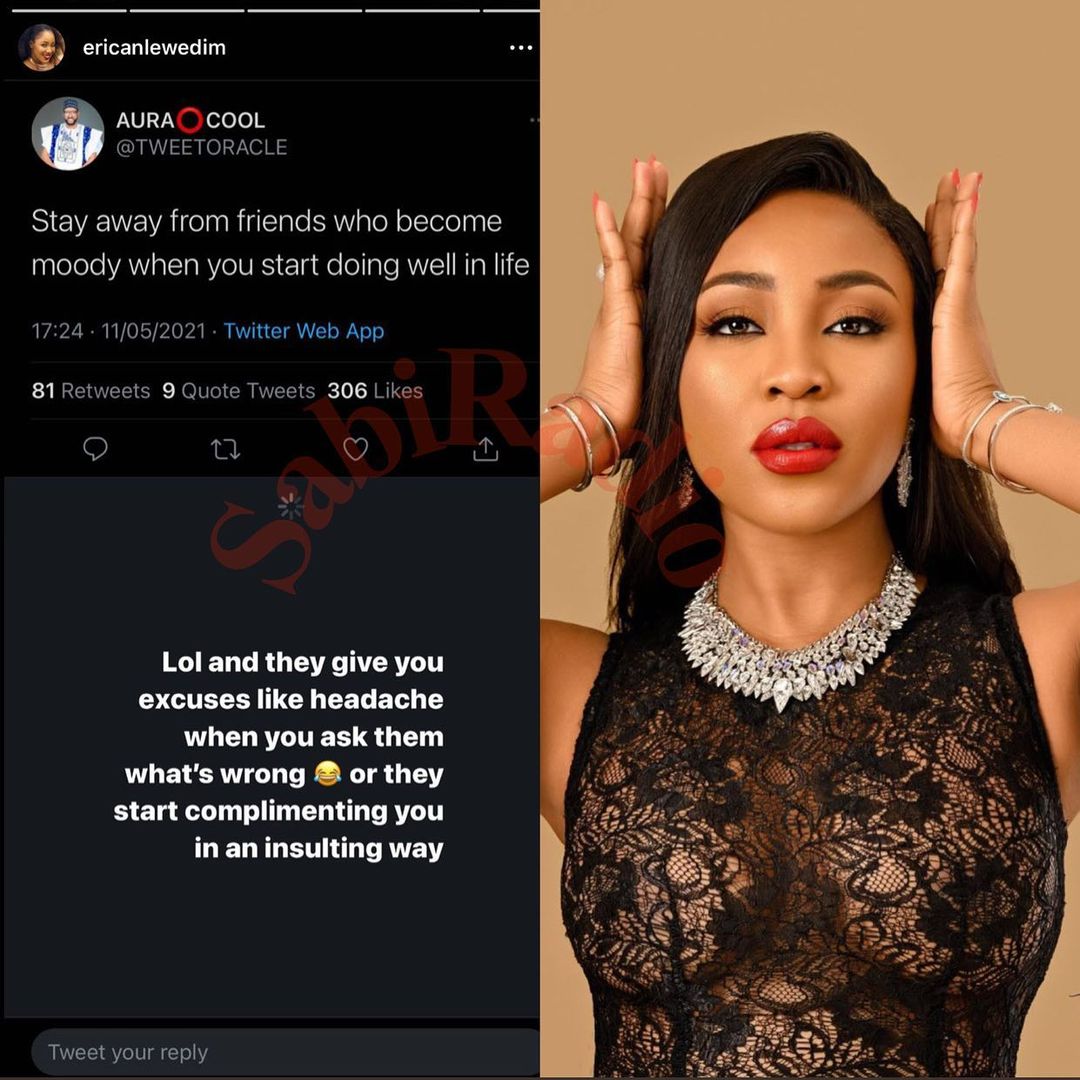 In other news, Nollywood Actress, Erica Nlewedim, has taken to her social media page to state emphatically that she will be known as the “best and most respected actor” and not just a mere Instagram model.

In a series of Tweets she shared, the BBnaija ‘lockdown’ star shared some experiences she’s had while on set for film productions, and she was thankful for the Jobs coming her way.