A family member who spoke with LIB said Mrs Dosekun resides in Mowe and was on her way to a vigil in Ogba area when she went missing on Thursday, May 6. She notified her daughter that she had boarded a commercial bus at about 7.15pm. Her numbers have since been switched off.

The family member told LIB that the matter has been reported at the Mowe police station. 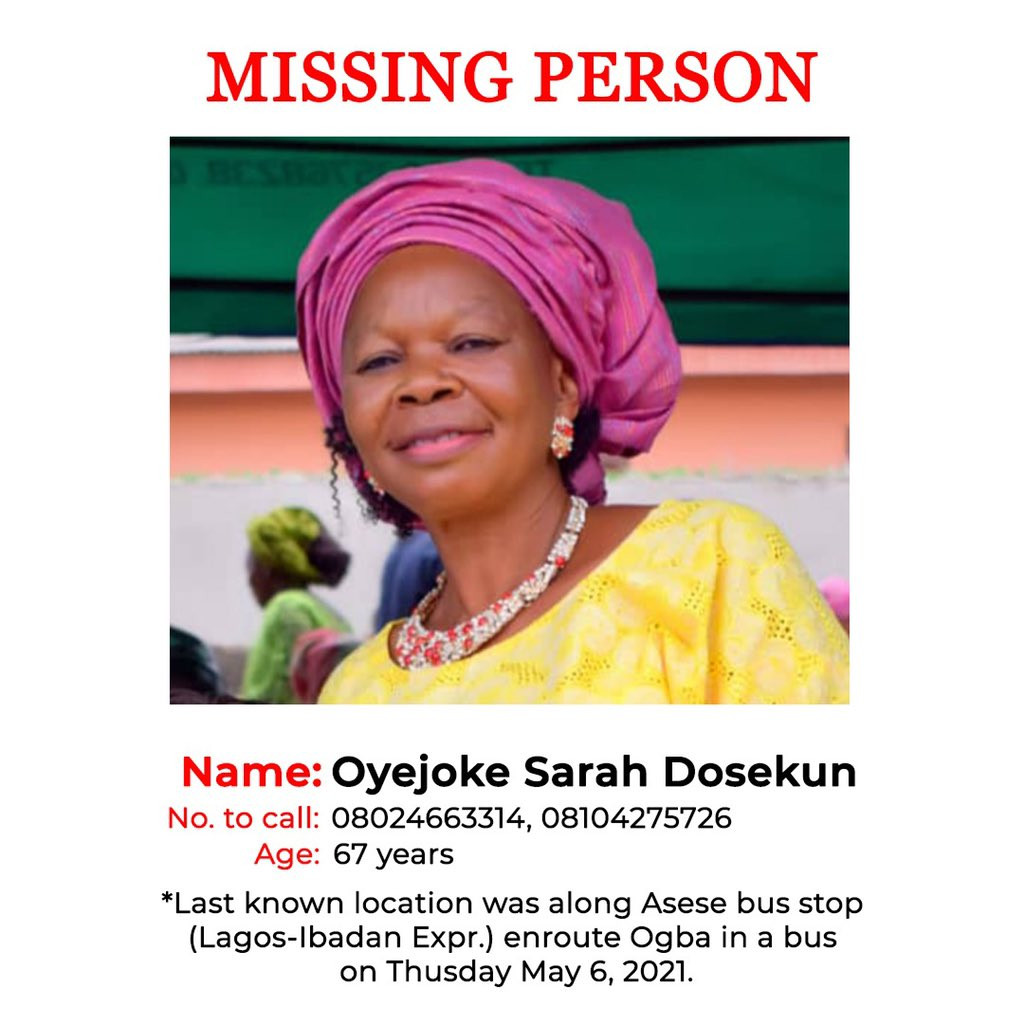