Sheffield United and Scotland striker, Oli McBurnie has been arrested for attacking a man and smashing his phone on the ground during a street bust-up that was captured on camera.

In a viral clip, someone was heard calling out McBurnie while recording him before the striker approached him with the phone falling to the ground while it is still recording.

McBurnie then appeared to be seen stamping on the phone before attacking the man, who he reportedly left with a swollen black eye and cuts to his face, after allegedly kneeing and punching him. 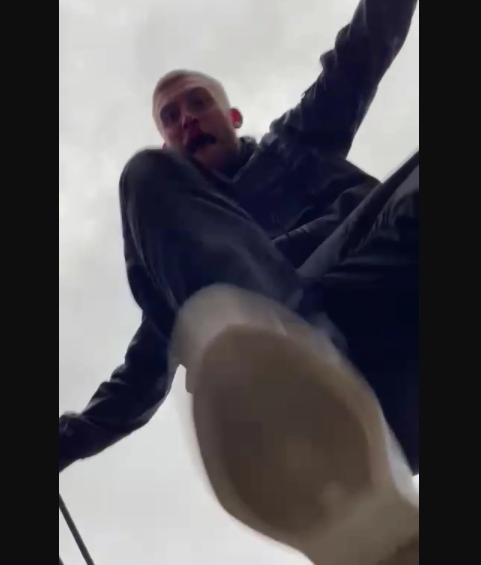 Sheffield United said in a statement on Monday night: ‘Officials at Sheffield United are aware of the video circulating on social media and are currently investigating.’ 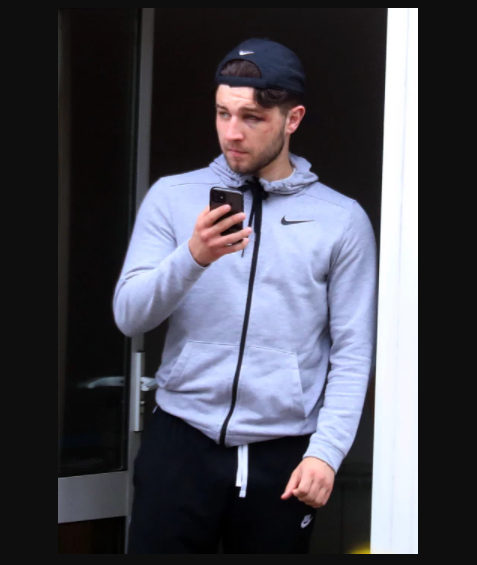 According to The Sun, McBurnie has now been arrested by North Yorkshire Police after the victim, insurance broker Elliott Wright, reported the incident.

It is claimed McBurnie was arrested late on Monday, May 10 after Wright reported the matter to police and the striker was held in custody overnight.

Wright, 21, told The Sun: ‘We were walking and I saw him arguing with this girl. I was with two of my mates and he was getting a bit aggressive and getting a bit loud.

‘I said chill out mate it can’t be worse than getting relegated as a joke.

‘“He has hit me a few times and one of my mates has dragged him off me and him and the girl and another lad all walked off. He put his hood up and walked off.”

A North Yorkshire Police statement read: ‘A 24-year-old man from Knaresborough has been arrested in connection with an incident, which involved another man being assaulted.

‘The 21-year-old victim sustained facial injuries during the incident, which happened shortly before 8.30pm on Saturday 8 May on High Street, Knaresborough.

‘The 24-year-old arrested man remains in custody at this time. Anyone who witnessed the incident is asked to contact police.’

McBurnie is currently on the sidelines after picking up an injury in the 3-0 defeat to Arsenal last month.

The Scotland international has only one Premier League goal to his name this season.