A mother in Russia is under investigation for attempted murder after she allegedly locked her emaciated ‘unwanted’ baby inside a wardrobe. 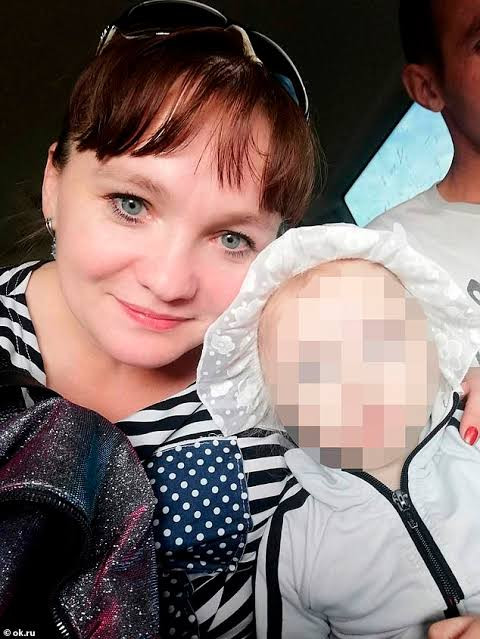 There were fears for the baby Polina’s life when she was discovered starving and haggard.

The baby’s 13-year-old brother Matvey secretly went against their mother, Yulia Zykova, 38, to feed her, if not the baby won’t have been found alive.

When Polina was five months old she was found hidden in a duffle bag inside a wardrobe by a family friend. 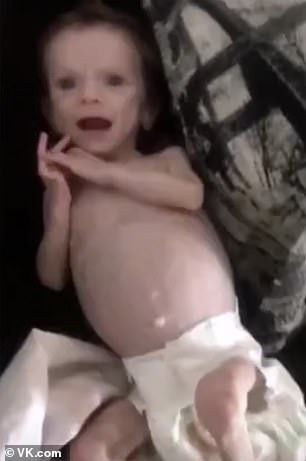 The baby girl’s pictures caused shock around the country and prosecutors wondered if the mum was psychologically okay.

Zykova has since been declared ‘sane’ after psychiatric evaluation and is now under investigation for ‘attempted murder’ and ‘cruelty’. She is facing up to 15 years in jail if convicted.

Polina is said to have now fully recovered from the ordeal in time for her first birthday, and is set to be put up for adoption. 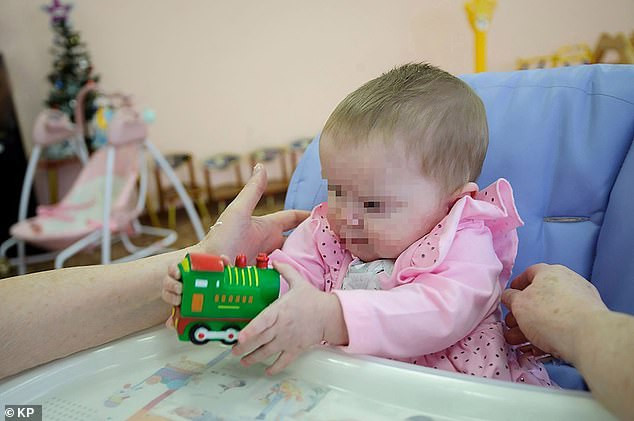 When the news first broke in Russia,  Zykova’s estranged husband failed a lie detector test on a TV show when asked if he had raped Zykova leading to an unwanted pregnancy as initial reports said the mother had neglected an ‘unwanted baby’. 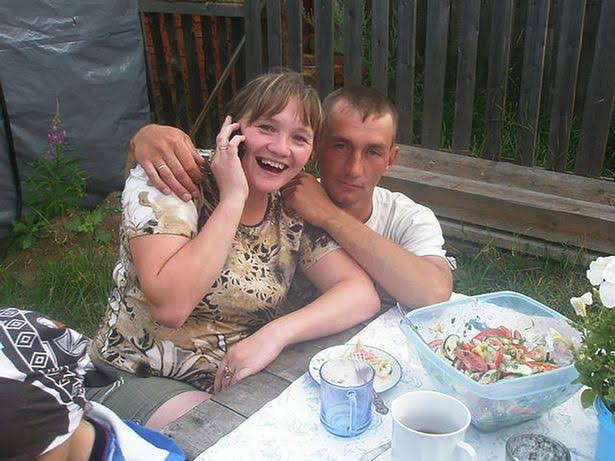 A TV show host confronted Yulia’s estranged husband Andrey Zykov, 39, and subjected him to a lie detector test, over media allegations that he raped his wife after leaving her for another woman.

This led to the unwanted pregnancy, according to Channel One TV show ‘Na Samom Dele’ or ‘Actually’.

Asked whether he raped his estranged wife after a row, he first told TV viewers: ‘Yes, that’s true.’

Then he said: ‘No, it was not rape. I did not understand your question.’

He voluntarily underwent a polygraph test on TV, and was asked again if he raped his wife leading to the unwanted child.

Matvey, another child of the couple also told the same TV show that their mother had not told him that the baby was his sister, but said Polina was a friend’s baby.

He then revealed he had to feef her with baby mix and sometimes milk, despite his mother ordering him not to speak about the child or feed the child,  he said.

Latest pictures shared by Polina’s carer Ekaterina shows she has regained weight and reports say she has now marked her first birthday in a state orphanage in Russian city Yekaterinburg.

Ekaterina said Polina now plays with other children, adding: ‘She is inquisitive, cheerful, almost does not cry.’