A Kenyan man identified as Stanley Owino, has been arrested for slashing the face of his ex-girlfriend with a sword.

It was gathered that Owini had repeatedly attacked and threatened Jacqueline since their eight years relationship ended in 2020 due to his numerous affairs.

According to the NGO, Jacqueline had gone to buy soda at a nearby shop when Owini allegedly broke into her fifth floor apartment and hid in her bedroom.

When she returned, he ambushed her with a Masai sword which he used to slash her face as well as other parts of her body.

Taking to Facebook to report the story, Usikimye wrote;

This is Jacqueline Karimi (pictures used with permission).

Jacky was living with her boyfriend of eight years Stanley Owino until sometime last year when they parted ways , he had been having numerous affairs , and had even moved in with a lady who they got a baby with.

She moved out and her ordeal started there, Stanley threatening her that her would never let her go. The first time her followed her and stabbed her was in November. She reported and went to hospital, he disappeared and wasn’t arrested.

On January 05th this year , Stanley attacked her again and stabbed her in the back amongst other places , his claim was if he couldn’t have her no one would. Jacky was admitted to Hospital fighting for her life. Upon release she opted to move out of the estate, change her number and start afresh in a completely new environment. This matter was still reported, and he fled once again.

Yesterday Jacky who lives on fifth floor went to buy soda at the shop, she didn’t lock her door, however in returning, she was filled with trepidation, and as she used to she checked everywhere, the last place was her bedroom, where Stanley was waiting to ambush her with a Masai sword which he used to slash her face as well as her body.

We found out that Stanley had been tracking Jacky and had moved to the flat where she was staying and had been monitoring her movements. The police are currently in the house.

Stanley had finally been arrested and will be taking plea in court tomorrow and I don’t have enough thanks for Cynthia Njoroge for agreeing immediately to hold brief for this matter. 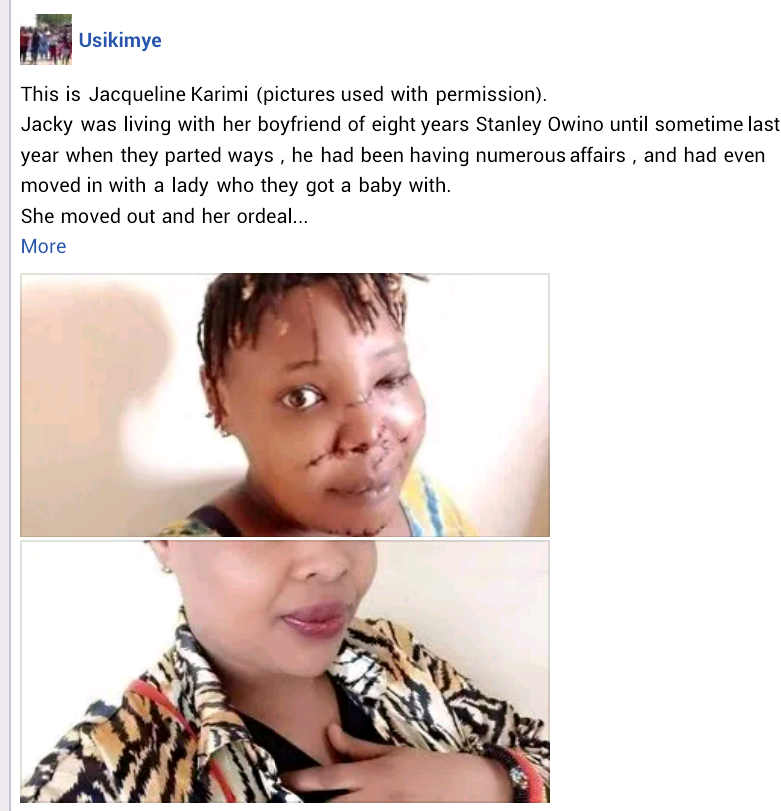 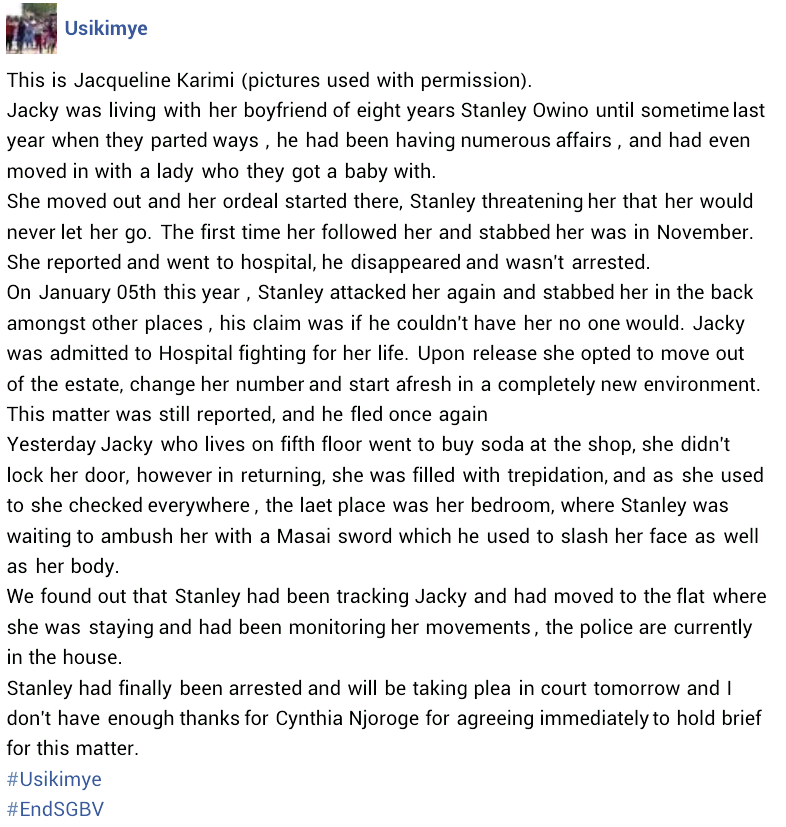