Former Manchester United player, Ryan Giggs has been spotted out in public for the first time since he appeared in court charged with assaulting his ex-girlfriend, Ms Greville.

The Wales coach, 47, was pictured all smiles enjoying breakfast with his new partner Zara Charles, 33,  over the weekend. 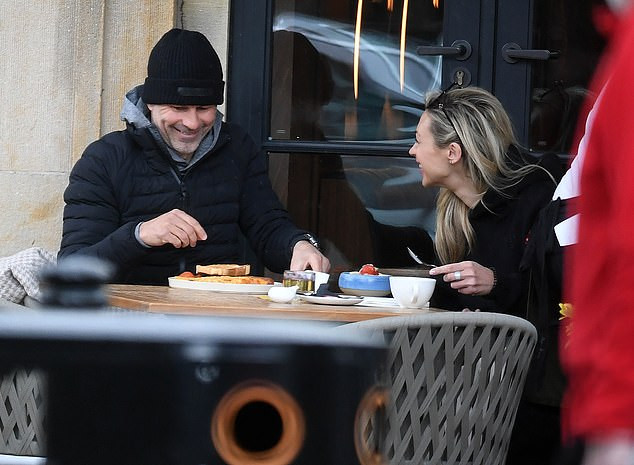 The couple were later seen again as they walked his dog Atlas near her home in upmarket village of Hale in Cheshire. 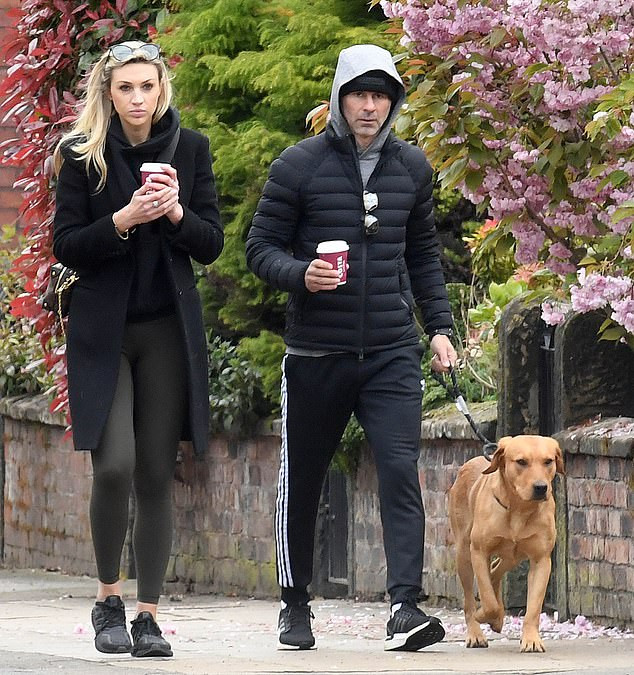 The former footballer was charged because of an alleged row with Ms Greville, 36, and her sister at his £1.7million mansion in Worsley, Greater Manchester.

Giggs is accused of causing actual bodily harm to PR worker Ms. Greville at his home in November. 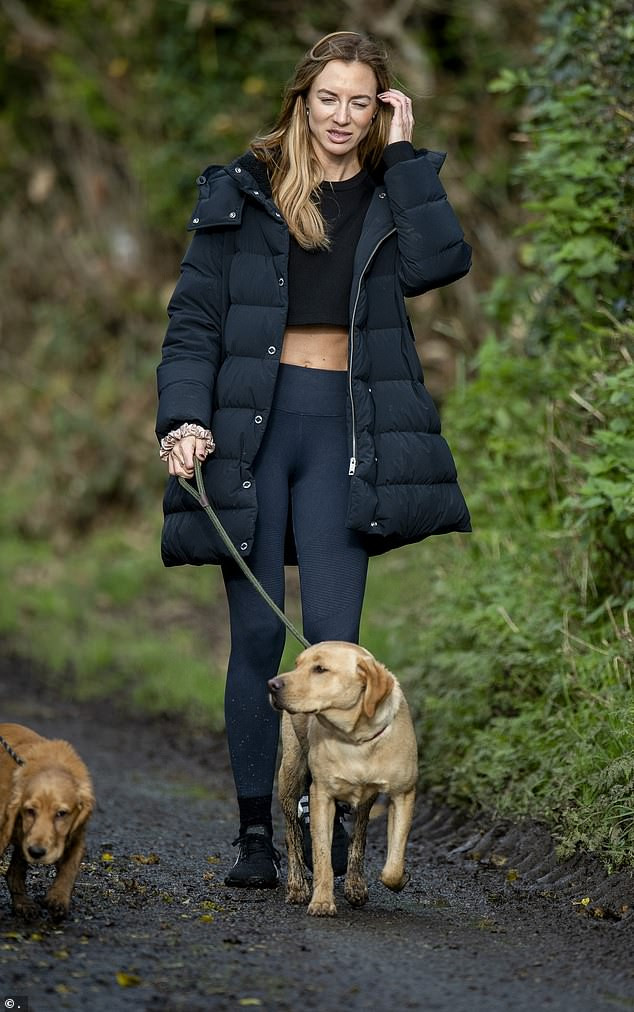 PR worker Ms Greville (pictured, with her Labrador, Mac) at his home in November

He has also been charged with the common assault of a woman in her 20s – understood to be Ms. Greville’s sister – during the same alleged incident.

He also faces an additional charge of coercive and controlling behaviour between December 2017 and November 2020.

Giggs appeared on bail at Manchester and Salford Magistrates’ Court on Wednesday and has denied the charges against him.

An onlooker told The Sun: ‘Giggs has the weight of the world on his shoulders at the moment given the allegations he is facing.

‘But Zara is good company and always manages to help take his mind off the court case.’

He is also a co-owner of League Two side Salford City.