A police officer was slashed to the face with a bottle during protests at Old Trafford by Manchester United fans on Sunday afternoon, May 2.

The Red Devils were due to face Liverpool in the Premier League but the game was postponed after the fan protests turned bloody. 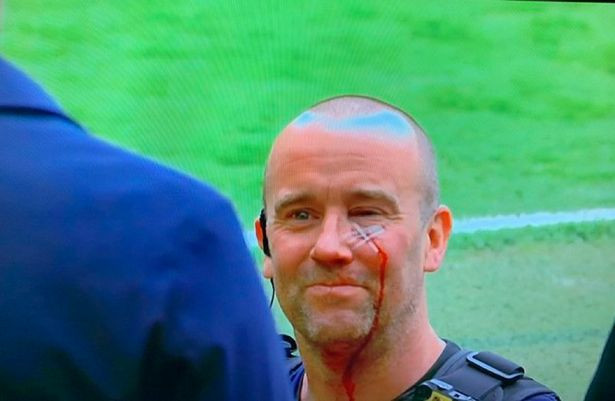 Flares were let off and bottles and barriers were thrown during the gatherings to protest against the billionaire owners of Manchester United, the Glazers.

Demonstrators outside the Manchester United ground became ‘especially aggressive and antagonistic towards police’ before a group of around 100 people then forced entry to the stadium, Greater Manchester Police (GMP) said. 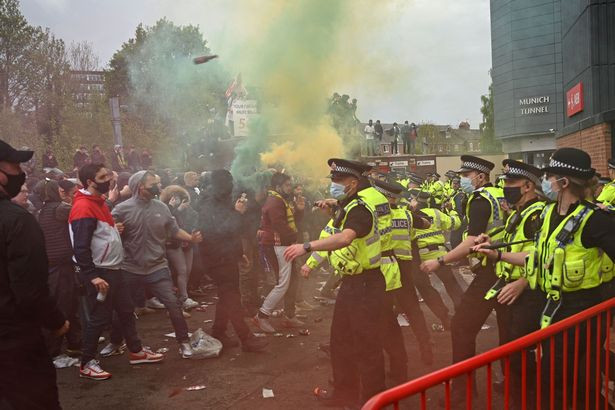 Some United staff were forced to lock themselves in rooms as people scaled the stadium structure, the force said. 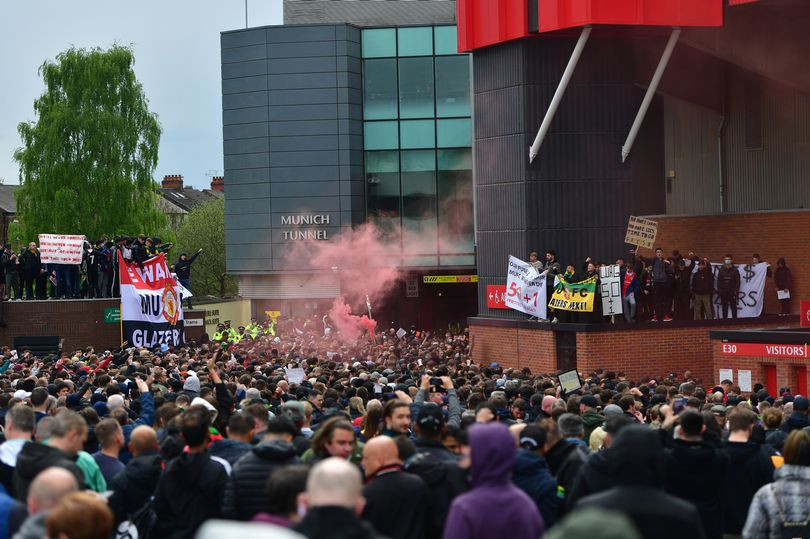 “We understand the passion many supporters have for their team and we fully respect the right for peaceful protest. Plans were in place to ensure this could happen safely, but it soon became clear that many present had no intention of doing so peacefully.

“The actions of those today required us to take officers from front line policing and call in support from neighbouring forces to prevent the disorder getting worse. 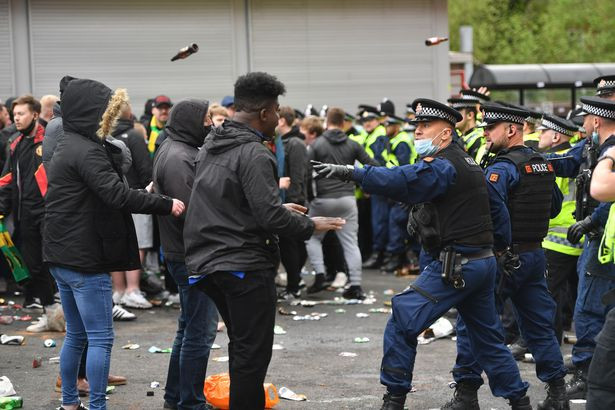 “At different points, bottles and barriers were thrown, officers assaulted and people scaled the stadium structure creating risk for themselves and officers.”

The force are now looking for those responsible for the assaults and disorder and bosses have promised to pursue prosecution. 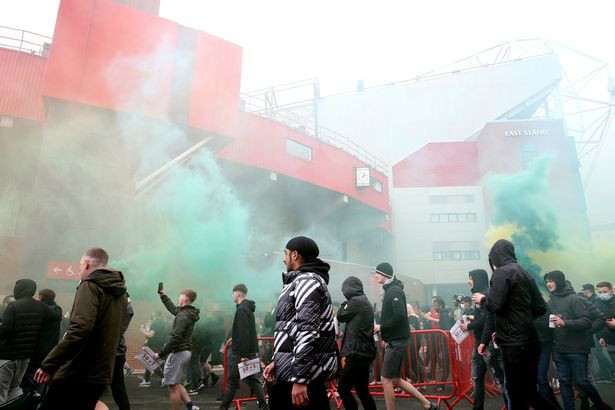 ACC Jackson added: “We have launched an investigation and we will be working closely alongside partners to ensure we establish the full circumstances surrounding today’s events and prosecute those responsible.”

The anti-Glazer movement has gained huge momentum in recent weeks following their failed attempt to form part of a breakaway European Super League in April.

GMP say more than 1,000 gathered at Old Trafford and around 200 were present at The Lowry Hotel.